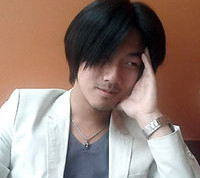 From September 2013 until July 2014, I spent the entirety of my time in Saint Petersburg, Russia where I was undertaking the preparatory course for the Specialist Diploma. The preparatory course consists of piano lessons with your professor (two times a week), nine hours of Russian language every week and lessons in harmony and solfeggio. This intense course proved to be a rewarding experience, in particular, working with my professor – Nina Seryogina. Being one of the first students of the respected Russian pedagogue Dmitri Bashkirov, through her, I was allowed to experience the intensity and quality of this Russian School. In the lessons, we worked through standardised repertoire, which will be important for international competitions in the future. Her teaching method is pedantic and typical of this school Several times we worked on just one page the whole lesson and, being unhappy with the results, she told me to come back the next day.

The period of studying in the Rimsky-Korsakov Conservatory have allowed me extend my circle of contacts. For example, in the beginning of 2014, I was given the privilege of playing Tchaikovsky’s Piano Concerto no.1 with the conservatory’s conducting orchestra for the examination of my friend from Cyprus. Any opportunity to perform with an orchestra is a privilege many conservatory students won’t receive throughout their studies and I was fortunate enough to have come across this. Also, through my teacher I was allowed to attend a series of master classes given by Bashkirov and perform in an ‘Academic Concert’ with her top students and students of Alexander Sandler (another respected pedagogue, who taught Miroslav Kultyshev).

Finally, life in Saint Petersburg has broadened my sense of culture and has opened my mind. Learning a new language completely different to English, and being forced to speak it on the streets is a rare experience, even for travellers given that English is the universal language across the world. The city itself has a rich history and walking on the roads which were once littered with death and poverty from the Siege of Leningrad not even a century ago creates a strange, appreciative feeling. In terms of art, Saint Petersburg offers countless museums and several concert halls, many which host world-class concerts simultaneously on the same night. I was able to catch all three ballets of Tchaikovsky, Joshua Bell, Andras Schiff, Freddy Kempf, Eliso Virsaladze throughout the year!

A little update about me…

We’ve been having lessons throughout Christmas (I had a piano lesson and a Russian language class on Christmas Day!) and there is a small break now during the beginning of the New Year. It’s been pretty busy so far, my teacher has been giving me lessons twice a week for the past couple of months, and this week is the only break I have before we start again. Furthermore, I will be playing the Tchaikovsky Piano Concerto #1 in the middle of January with an orchestra of the conservatory in the Glazunov Hall, to help my conductor friend from Cyprus. We are having our next rehearsal on the 15th – if you like, I could maybe take some photographs. Unfortunately, I don’t have any recording equipment with me other than my mobile…and also, access to a decent piano is very limited. We play on Yamahas during my lesson and those are considered prestige compared to the ones in the dormitory. During my stay in Russia, I’ve only played on a Steinway once during a rehearsal in the hall. But whatever is lacking in facilities is made up by the environment of this city. Concerts are frequent not only in the conservatory’s Glazunov Hall and main theatre, but also in Mariinsky 1, Marinsky 2, Marinsky Concert Hall, the Philharmonia’s main and small halls, and the Capella just to name the big ones. Quite often you would have a dilemma as to which concert to attend. I’ve watched countless famous and not-so-famous international and Russian artists perform, ballets and operas – many for free because of our student cards or for a small amount of bribery, a standing ticket.

The weather here is quite warm – these days we frequently have above 0 temperatures even though it snowed heavily a month ago. The dormitory environment is comforting; we just had a New Year’s party and then passed the year on the streets on Nevsky Prospect. While the food outside is not so spectacular, I’ve learnt to cook and improvised some delicious dishes at home with the help of some Spanish and South American friends from the dormitory.