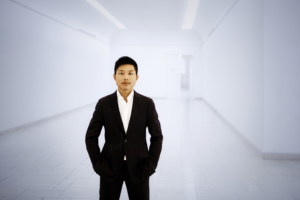 Avan Yu, winner of the 2012 Sydney International Piano Competition, was invited back to play a concert at the Sydney Con last night. It was a triumphant return to the city that hitched his career to a rocket six years ago. He is now one of Canada’s most sought-after pianists and is building an international career. Only last month he recorded a Liszt program in collaboration with the Fazioli piano company in Italy.

Yu’s generous program began with a Mozart sonata, No 18 in D Major K.576. His later pieces confirmed him as a compelling bravura pianist which, when applied to the first-up Mozart, gave a reading that would probably not appeal to classical period purists. While the central, adagio movement was unhurried and lyrical, the two outer movements (Allegro and Allegretto) zipped along at a challenging pace.

Next came Le tombeau de Couperin, one of Ravel’s major solo piano works. Yu’s, sparkling technique and sense of tonal colour shone through the demanding six movements. In the final, toccata, Yu’s technical mastery not only gave it a flying finish but set up high audience expectations for what was to come.

Liszt filled the second half of Yu’s program with two Petrarch sonnets and the Sonata in B minor. To me, these were the highlight of the program. Liszt is often thought of in terms of piano gymnastics built around schmaltzy motifs. Many pianists play Liszt according to this formula because they believe it will give audiences what they want. But Liszt has another side that is more to do with contemplation and romance. Avan Yu places this interpretation on his Liszt, which, perhaps, provides a valid reason to put yet another CD recording of this composers work on to the market. Make no mistake, when power, clarity and speed are called for, Yu is up there with the best of them, but his focus comes across as looking for beauty rather than bombast.

While I thoroughly I enjoyed the two Petrarch Sonnets, 104 and 123 the B Minor Sonata was breathtaking. I’ve got to say I’ve never heard it played better on the concert platform.

Before playing a Liszt Hungarian rhapsody encore, Avan Yu told his audience that he loved coming back to Australia and that Sydney was his second home. Too often, competition winners disappear without trace once they have fulfilled immediate engagements related to their win. Those now running SIPCA intend to keep in touch with their winners and bring them back to delight audiences the way they did the first time around. The concert by Avan Yu was just such an event.