This author has not yet filled in any details.
So far MWD has created 32 blog entries.

This year we publicised the awards to all conservatoria in Queensland, NSW, Victoria and ACT, inviting applications for assistance from our foundation.

Applications closed on October 1 and were reviewed by our artistic adjudicator Alexander Gavrylyuk. Because of COVID-19, we have once again had to rely on video recordings rather than our usual live performances.
The Theme & Variations Foundation is pleased to announce Jeremy Sun as this year’s recipient.
Our adjudicator and the board were impressed by his commitment and musicianship, his highly impressive technical control and wonderful performance. 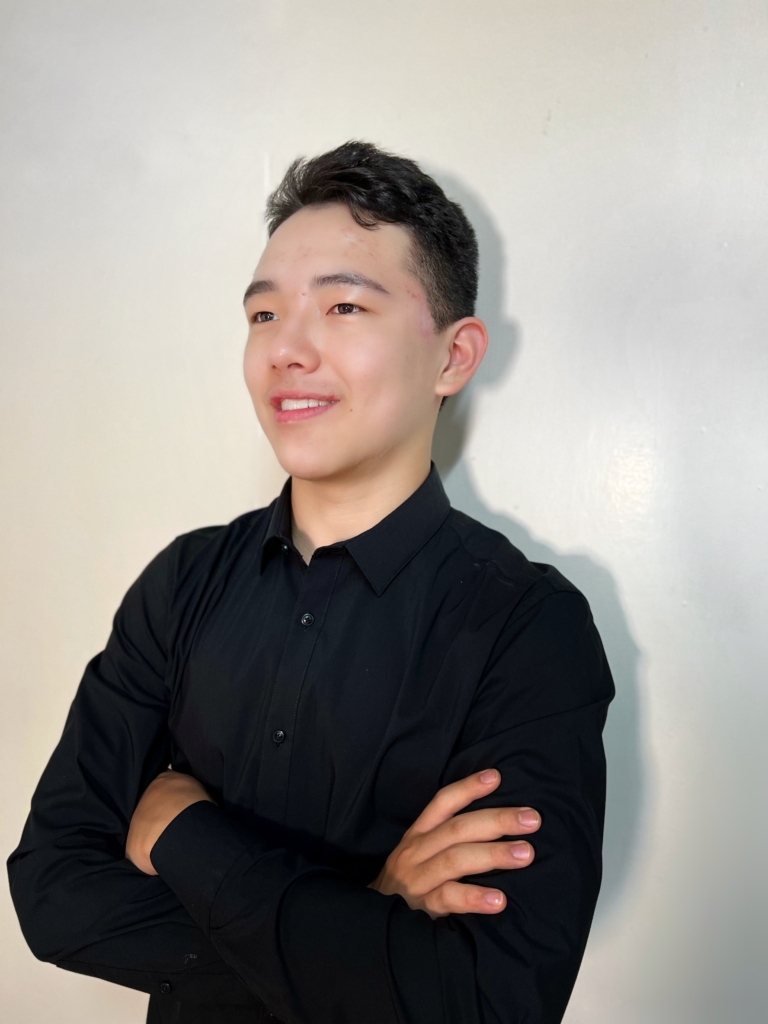 Jeremy Sun is sixteen years old, and received his L.MusA with distinction at the age of twelve. He made his concerto debut at the age of eleven with the Queensland Youth Orchestra 2.  Since then he has also performed with the Redlands Sinfonia and the Queensland Youth Orchestra.
Jeremy has won international and national piano and chamber music competitions across Europe, China, Melbourne and Townsville.
He is currently studying with Professor John Byrne at Wells Cathedral School, UK and with Dr Anna Grinberg in Queensland. He will be granted an early entry into the University of Queensland Music School starting next year.

This year, Calvin Abdiel has had an outstanding success in the 2021 Sydney Online International Piano Competition (the Sydney). As the youngest competitor in the 2021 edition, he won the George Frederic Boyle 3rd Prize ($15,000) and the Nancy Weir Best Australian Pianist Award, as well as a $10,000 scholarship to further his musical studies and career overseas. In total, he walked away with prize money of $35,000.

The Sydney is one of the most prestigious international piano competitions in the world and has been a member of the WFIMC since 1978. Due to the travel restrictions caused by the COVID-19 pandemic, the 2021 edition was held online, requiring each participant to record three different recitals across three rounds totalling around 3 hours. There were also additional requirements to simulate the real expectations in concert recitals, such as the requirement for an underlying theme in the 2nd round recital, a verbal introduction to each set of works in the 2nd and 3rd rounds, and encores in the 1st and 3rd rounds.

For these achievements, Calvin attributed his success to his teacher Natalia Ricci, who played a major role in helping him prepare a large solo repertoire required in the competition. He mentioned that they spent countless hours of planning and discussion together to construct a program that showed a wide range of styles and highlighted his musical strengths throughout the competition. He also expressed gratitude to the Theme and Variations Foundation for their continual support, especially in providing him the opportunity to perform at the Canberra International Music Festival earlier this year in May.

As part of the prizes from the Sydney, Calvin will be undertaking concert engagements in Sydney, Melbourne and other cities in Australia next year. He will also participate in a summer course in France, as part of the scholarship from the Institut Francais d’Indonesie (IFI) that he received in his 1st Prize win in the 2020 Ananda Sukarlan International Piano Competition. Finally, he plans to undertake Honours in his performance undergraduate studies next year, in his final year at the Sydney Conservatorium of Music.

Congratulations to Theme and Variations Foundation 2018 award winner Leanne Jin for receiving the 2021 Stefan Kruger Scholarship. This scholarship will go towards the funding of an exciting DVD project: a showcase of Spanish and Latin American piano music. This DVD is inspired by her teacher, Natalia Ricci, who had introduced Leanne to the world of Spanish and Argentinian music. Leanne is very excited to record masterworks by composers such as Albéniz and Ginastera as well as a newly commissioned work by award-winning composer Daniel Rojas who specialises in rich and vibrant Latin American music. This will be her second collaboration with the Master Performers Label, with whom she had previously worked with to produce her first DVD which is due to be launched this year!

Here is a YouTube link to her performance of Albéniz’s Triana (from book 2 of Iberia), which shows a snippet of what is to come in her second DVD. This was filmed at Phoenix Central Park as part of Monochromatic Series project recently.

This year we publicised the awards to all conservatoria in NSW, Queensland, Victoria and ACT, inviting applications for assistance from our foundation.

Applications closed on October 2 and were reviewed by our independent artistic assessment panel of Professor Michael Brimer,  Professor John Luxton and Roland Peelman AM.

The Theme & Variations Foundation is pleased to announce its 2020 award recipients, Joy Chen and Jake Cheong. Because of COVID-19, our assessment panel had to rely on video recordings rather than our usual requirement of live performances. However, the talent of our successful applicants came through.

Our panel was impressed by the commitment and musicianship in the programs of both pianists, commenting on their great clarity and technique, while demonstrating musical imagination. 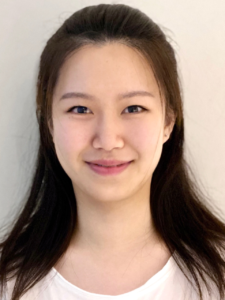 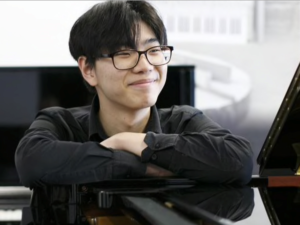 Jake Cheong is twenty, currently completing a Bachelor of Music (Performance) under a scholarship at the Sydney Conservatorium of Music, studying with Dr Paul Rickard-Ford. He participated in a masterclass with Alexander Gavrylyuk hosted by the Theme and Variation Foundation. He was recently one of 20 finalists chosen from 350 applications in the Ettlingen International Piano Competition. Jake was invited to perform in Vienna by achieving first place in an International Music Competition. He was a finalist for the Sydney Eisteddfod Kawai Scholarship. Jake was awarded grants from the Bouddi Foundation for the Arts for three years.

As part of Theme & Variations Foundation award, Calvin Abdiel, one of our 2017 recipients, will be participating in the 2021 Canberra International Music Festival as a 2021 Young Artist.

Sunday May 10, as part of the festival ensemble in the final concert of festival 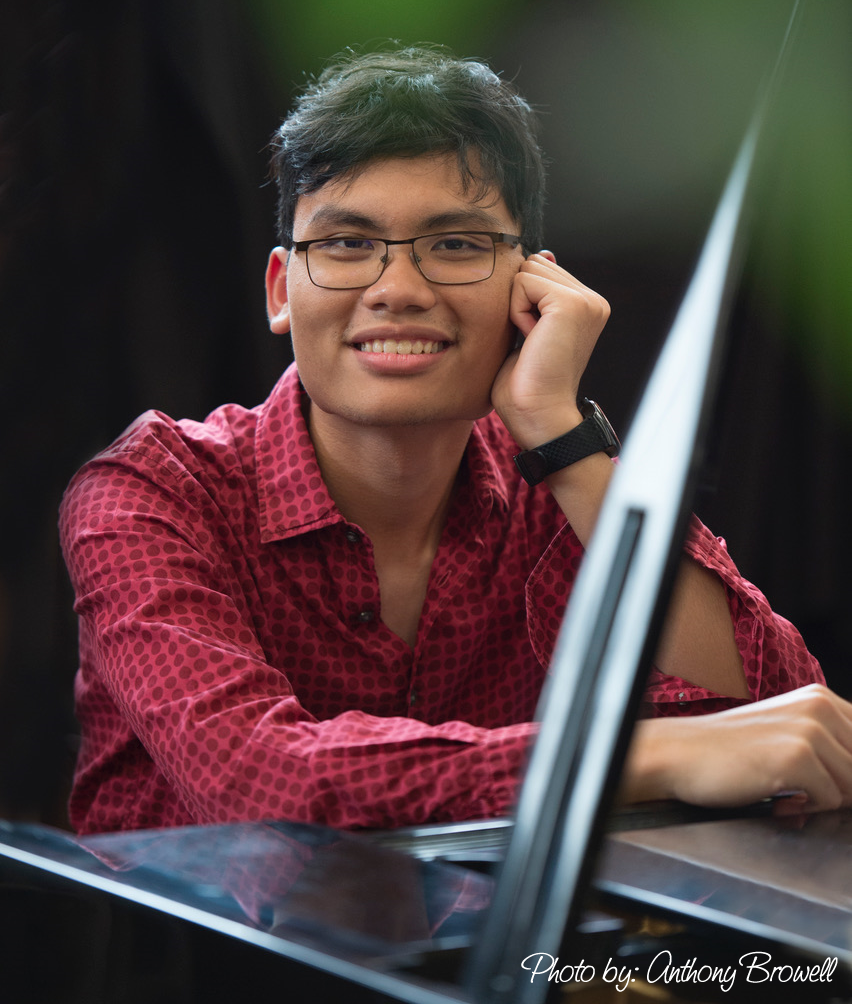 Tony Lee performing for you

We would like to stay in touch during this unprecedented time.
We bring to you a very exciting performance by our very first award recipient, Tony Lee, who, along with all of us, is in ‘lock-down’ in Sydney.

Enjoy this remarkable performance of the Saint-Saens Danse Macabre op. 40 (arranged by Vladimir Horowitz) by Tony, who received an assistance grant in 2013.

With the help of the Foundation, Tony was able to pursue further studies in Europe. Between 2014 and 2016 he was invited to be an artist in residence at the Chapelle Musicale Reine Elisabeth in Belgium, where he worked with renowned Swiss-Portuguese pianist, Maria João Pires. In 2016, he won the Australian National Piano Award and was named best Australian pianist at the 11th Sydney International Piano Competition. Since 2017 he has had concert engagements in Europe, China and Australia. He has again been chosen as one of the 32 internationally drawn contestants for The Sydney, which has been postponed until 2021 because of the COVID-19 pandemic.

Although the virus has put a temporary pause on all live performances, enterprising pianists like Tony Lee have used it to their advantage. Tony says: “I am utilising this time to learn repertoire I previously would not have been able to do. I’m also spending more time on reading, researching, listening to music, and enjoying outdoor activities like fishing, golfing, jogging.”

And, of course, he’s keeping up his preparation for The Sydney. He says that it is a little different to the preparation he would make for a concert. “In the end, we are playing for the jury, and this brings about a set of new challenges. The best way for me is to focus on the music and hopefully communicate with the audience, just as I would in a concert.”

In addition to the above video, which was shot at the newly completed Phoenix Theatre in Chippendale, several of Tony Lee’s performances can be found on YouTube

The master and two apprentices

Held in the Theme and Variations Piano Services Willoughby showroom on 27 November, it attracted an audience interested to hear the technical and interpretive skills that divide good performers from great performers.

Both students played Prokofiev, a composer favoured by Alexander in his repertoire and instinctively felt by him on a cultural level. While millions of people have heard Alexander play (always to rave reviews, these days) few would have witnessed his ability as a teacher and communicator. He combined humour, kindness, and a wealth of musical advice to the two students as he commented on their playing, often demonstrating his points with his own playing. It was here that the unspoken difference between ‘on the way’ and ‘arrived’ came through. These two students were leaders among the emerging crop of young Sydney classical pianists, both having won significant recent competitions and awards. While they played their chosen Prokofiev works admirably, the passages Alexander replayed for demonstration came from another dimension. His technique was simply astonishing to say nothing of his powers of interpretation.

We live in a world of achievement ladders, acknowledging the rungs above us and often aspiring to reach them. It was never more clearly demonstrated than in this master class. So many of us in the audience would have loved to play as well as Jake and Leanne. But above them, virtually as high as you can go, sits Alexander Gavrylyuk.

From The University of Sydney, Sydney Conservatorium of Music

Sydney Conservatorium of Music student on a winning streak

Leanne Jin, dubbed “the Piano Woman” by Sydney Eisteddfod, has enjoyed a year of outstanding success. In the second year of a Bachelor of Music at the Sydney Conservatorium of Music, Jin has already won three major piano competitions in 2019.

In July, Jin took out first prize in the prestigious Lev Vlassenko Piano Competition, one of the most important in Australasia.

The article goes on to say…  Leanne could not have achieved these successes “without the endless support of my wonderful teacher, Natalia Ricci, the Theme and Variations Foundation and my family and friends”.

As part of this year’s Theme & Variations Foundation award, Leanne Jin, one of our two recipients, has been invited to participate in the 2019 Canberra International Music Festival as its 2019 Young Artist.

Thursday May 2, a solo recital at the National Gallery of Australia

END_OF_DOCUMENT_TOKEN_TO_BE_REPLACED

This year we publicised the awards to all conservatoria in NSW, Queensland, Victoria and ACT, inviting applications for assistance from our foundation.

Applications closed on October 5 and our auditions took place on November 11. We had five finalists each to play a thirty-minute program for an independent artistic assessment panel of Professor Michael Brimer and Professor John Luxton.

We are pleased to announce this year’s award recipients are Leanne Jin and Annie Ma. The assessment panel was impressed by the very high level of the performances of both pianists. Their respective recitals established excellent technical and textural control from the outset, fine tonal graduation at all dynamic levels, with warm cantabile of the melodic lines, rhythmic, dynamic playing and a sure understanding of the architectural and musical direction of each work. 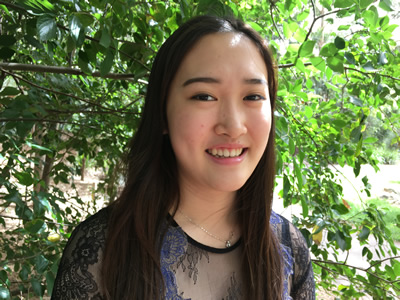 Leanne Jin is nineteen years old and currently completing a Bachelor of Music (Performance) at the Sydney Conservatorium of Music, studying with Natalia Ricci. She is planning a career as a concert pianist and chamber musician. She intends to apply the award towards international competitions and masterclasses next year in both the United States and Europe.
Leanne is also the 2018 Winner of the Theme & Variations Emerging Artists Series. 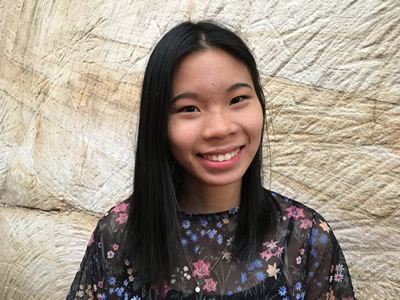 Annie Ma is 19, currently completing a Bachelor of Music (Performance) at the Sydney Conservatorium of Music. Annie also studies with Natalia Ricci. She plans to use her Theme and Variations Foundation Award to help her with her current studies at the Sydney Conservatorium and further her studies in Europe or the USA, and to assist in covering travel costs, competitions and audition and masterclass expenses in Australia and internationally.